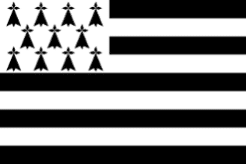 Brittany is a rustic and impetuous region. This wild aspect, forged through the rhythm of tides, has spread through the land and its inhabitants. From East to West, it overflows with unique places, contrasted colors and stories to hear. A human life would not suffice to know it and neither would a hundred more to tame it.

Here are some landmarks and pieces of advice to help you comprehend better this ancient land during your trip.