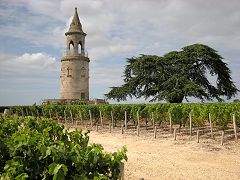 Southwest, a land of traditions

The Southwest seems to be blessed by the gods. Enjoying a soft climate, it astonishes through its clear rivers crossing colorful plains and forests but also through the bordering Atlantic Ocean and the mountains rising at its feet. It is no coincidence that the first men settled there 400,000 ago, leaving wonderful vestiges and savoir-faire behind them at every era.
Travelling through this region with strong identities, forged by time, is discovering an infinite number of cultures and traditions, not to mention a fabulous soil. And you will be able to stride along the region on a bike thanks to the 2000 km of cycle paths as well as small roads and lanes.

Without any doubt, the Southwest is waiting to offer you an adventure which will awaken your senses.